Moving to Lathrop: 10+ Things to Know Before You Do

Are you considering moving to Lathrop? This article is intended to be a resource for those who are in the process of making the decision to do so, or not.

How big is Lathrop?

The population is about 18,000 and it is diverse. Less than half are white, with a mix of Asians, African-Americans, Pacific Islanders, and Hispanics. Some of the towns around Lathrop are Tracy, French Camp, Ripon and Manteca 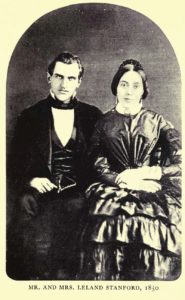 Lathrop was named after Jane Elizabeth Lathrop, who became Jane Stanford when she married Leland Stanford, a business man and railroad developer. He donated tens of millions of dollars to found Stanford University and was a California governor for one term.

Lathrop has weather you would expect to experience in Northern California; summer temperatures can reach over 90 degrees, and winters typically range from the mid 30s to the mid 50s and 60s. The most rainfall is November to March, and humidity is generally low.

What is the cost of housing?

The median home value in Lathrop is about $350,000 and the media rent is about $1395. You might be able to find small homes in the area for around $270,000. Lots in Lathrop and Manteca can be found too, and they are much, much cheaper than the ones you will find near San Francisco. In fact, much more affordable house is most likely the main reason people look into moving to Lathrop.

Are there any jobs?

The Lathrop public schools are rated about average by Great Schools.

What about the food?

Where can you get groceries?

Stanislaus County Park is only about a 30-minute drive and San Joaquin River National Wildlife Refuge is also close by. Sonora, a small town in the Sierra foothills visited by many tourists, is about one hour away. Lakes like New Melones and Don Pedro Reservoir are about 1.5 hours away.

Lathrop is only 92 miles to Yosemite, which is 4,000 feet above sea level and is one of the more visited areas in the United States. 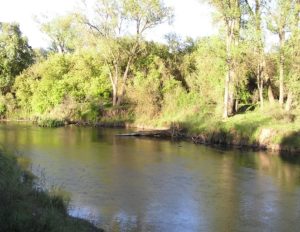 Summer is the peak season and droves of families come to stay in the valley or at other places in the park. This area is known for its beauty and even inspiration. It’s a place of communion for many and was loved by people like Ansel Adams and John Muir.

If you could drive for 1.5 hours and be in Yosemite, wouldn’t that be enjoyable?

Lathrop is inland many miles from the Pacific Ocean, but it is not entirely land-locked. The San Joaquin River flows just west of the town and it connects with the Old River which has access to Franks Tract, and this area is part of the San Francisco Bay Delta.

There is a small marina with a boat ramp slightly north of Lathrop.

There are also a number of horse ranches in the Lathrop area such as:

Is there transportation available?

Lathrop is near I-5 and I-580 which goes to Livermore and the Bay Area. There is a Lathrop/Manteca station on the Altamont Corridor Express, so you can ride a train to Livermore, Fremont, Santa Clara, San Jose, Tracy and Stockton.

If you wanted to fly somewhere, you would need to drive to Stockton or Sacramento, or take a train to the airports in these cities. Once you are in Fremont or Livermore, you can connect to the BART system, which goes into San Francisco.

You can also take the ACE to Stockton, and catch an Amtrak train, if you like.

Lathrop might seem like a small town that is disconnected from everything, but this is not the case at all.

Is there any entertainment?

There is a cineplex in Manteca, which is next to Lathrop. There are many live shows in Stockton (10 miles away) and there are some in Tracy, a distance of 12 miles.

There are also a number of wineries in the Lathrop/Manteca/Tracy area, like Delicato Vineyards and Lucca Winery. As you travel north into the Stockton area and even further to Lodi, there are more.

Within the Lathrop/Manteca area, there are a number of Christian churches, but no Buddhist temples. The closest temples are in Stockton.

Is there storage in Lathrop?

Yes, we have a storage facility in Lathrop, so if you have any storage questions, please contact us.

What is near Lathrop?

To review, moving to Lathrop may appeal to people who are living in much bigger cities like San Francisco, Los Angeles, San Diego, San Jose or Fresno who want a slower pace of life and far less congestion. If the median value of a home in LA is $650,000, homes prices which are 50% less or so in Lathrop will probably be very appealing.

Also, you might imagine that moving to Lathrop would leave you sort of an outsider when it comes to culture, but that isn’t true. This small town is close to Modesto which has quite a bit of culture to offer, and there is a train to the BART system in the Bay Area, so you could take day trips if you wanted a greater range of culture. Sacramento is fairly close as well.